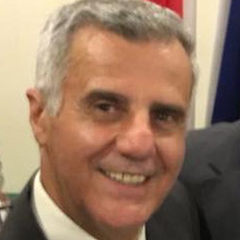 Young musicians born in 1996 or later are cordially invited to participate in the 29th Lions European Music Competition.
Please liaise with the Lions organization in your own country via internet for further information and registration. As a first step, you will participate in regional or national preliminaries taking place next spring.

A music prize is awarded annually at the Lions Europa Forum to encourage talented young European musicians. The music competition will be held at Forum and the instrument to be played changes every year. The below text is an extract from the rules. If in doubt, only the official version of the regulation will be valid.

History of the building of State Conservatory of Thessaloniki (SCT).

The building was built between 1903-1904 for the needs of the Ottoman Bank, (a company of English – French interests), which founded a branch in 1863 in Thessaloniki.
The building was completed in 1904 and the bank worked until 1939. Since then it has been abandoned until 1949, when the State Social Insurance (ΙΚΑ) purchased it for its needs.
IKA used the building until 1978, when it was abandoned due to an earthquake.
In the effort of preserving the material and non-material cultural heritage, the Ministry of Culture, decides to renovate and modify the building for the needs of the only one State Conservatory in Greece (ΚΩΘ). Therefore, extensive work was done on the design of classrooms, a library, a concert hall, a recording studio, a canteen and a museum of musical instruments.

Thank you for attending EF2021!

You can find and download all the EF2021’s events photos from our webpage for free.